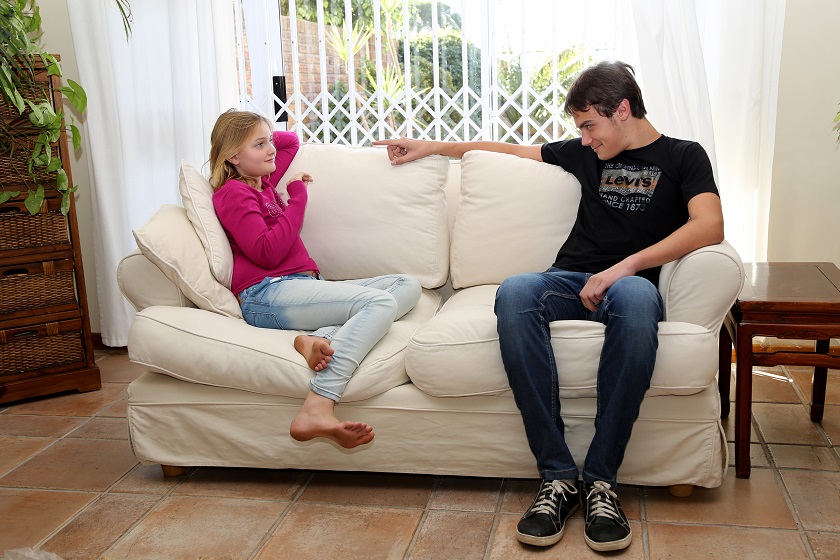 Published On: 18/06/2014By MunchkinsCategories: Adolescence

When dealing with young teenagers in my home visits, I invite them to a round table discussion. I often start with comments like, “What do you wish you could change in this house?” and mostly I hear, “My parents shouting/fighting”. How sad.

They are thrilled when I suggest that parents pay them every time they shout but they have no idea that after my session with the parents they will not need to shout anymore!

When I ask what rules they are unhappy with bedtimes are usually an issue. Sometimes I ask what their bedtimes are and they do not even know. So I ask what they consider a healthy bedtime. Their first response is ‘Midnight!’ but then we discuss how they would feel in the morning and the benefits of sleep.  They come to the conclusion themselves that 8:30 or 9pm would be a reasonable bedtime.

We agree that they are responsible for their own bed times and mom and dad are not allowed to tell them to go to bed. However, if they are 15 minutes late with putting lights out, they will have to suffer the consequence of having a 15 minute earlier bedtime the next night. Bedtime becomes their responsibility.

By this time they are on board with the discussion an eating out of my hands as they feel I am on their side.

Next I start by asking them, “What do you do that you know you shouldn’t do?” Usually all the confessions roll off their tongue, “I take biscuits without asking”, “I am cheeky/rude/mean to my mom”. I then ask them if they would like to change that and they ALL agree that they need help to do that.

In one home visit, a 10 year old admitted to twisting his sister’s arm till she cried. She would then hit him and he would then tell his mom to get her into trouble. He admitted this in front of the mom. After a while his mom and I were talking about discipline and he interrupted: “excuse me, can I tell my mom something else I did wrong? Mommy, you know when you make pumpkin that I don’t like?” He started crying and continued, “Well, I scrape it into the trash when you ae not looking!” He buried his head in his arm and sobbed. I rubbed his arm and said, “Thank you for sharing that. Now, don’t you feel better now that its not a secret anymore?” He briefly looked up and replied, “These are tears of joy!!” and buried his head again. We tried really hard to contain our laughter at this dramatic performance.

Generally when I ask over 8 year olds what punishment they think would be effective, they usually come up with more severe punishments than what I would ever suggest! We come to a compromise and have mom and dad commit to carrying out the punishments to ‘help’ them remember to change their attitudes.

It is helpful to put the new rules down in writing and have everyone sign the ‘House rules’ that clearly define expectations and consequences. This way there is no argument when it occurs, it is merely a case of checking what was agreed upon in the contract.

Sometimes we have to allow kids to be upset in the short-term so they can lead happy and responsible lives in the long-term.

Why boundaries are important

You cannot start with wide boundaries when they are young and then try to reign in the boundaries through teenage years. I see it like a funnel. When it is turned upside down it does not work. But when you start with narrow boundaries, then as they mature and show respect, the boundaries become wider and they have more freedom, responsibility, choice and freedom of movement. Not the other way around.

I enjoy the story in the Bible of the prodigal’s son. This typical entitled teenager insists on his inheritance, his father gives it to him and of course he unwisely squanders everything; landing up eating with the pigs. Then the story goes on to say, “When he came to his senses…” (this is when he returned, tail between the legs, to his father’s house with all the luxuries he had not appreciated before)

Every parent of an adolescent needs to remember that this day WILL come!  Sometimes it feels like it will NEVER come, but it will. That is when they suddenly appreciate so much and everything you have taught them seems to suddenly make sense – the frontal lobe is finally almost developed!

This joke then becomes a reality: “When a child is 18, he thinks his parents are so stupid. When he is 21, he cannot believe that they have learned so much in 3 years.”