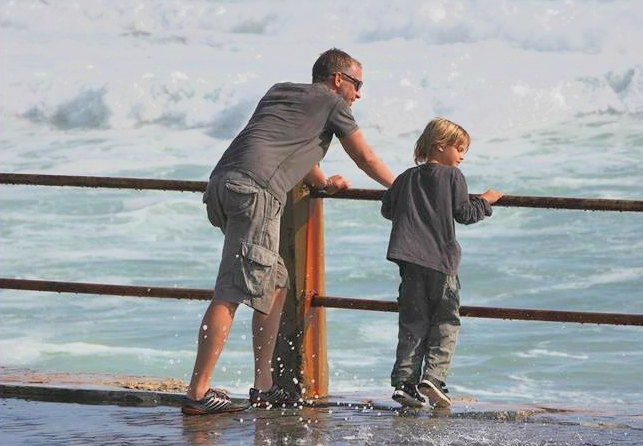 Published On: 18/06/2014By MunchkinsCategories: Adolescence

Notes to the Parent

Your child needs you more than you can imagine.

Maintain a sense of humour and do not take it personally. It is only a wrong choice THEY are making; it is not about you.

Whatever consequences you put in place – do not let it be a punishment for you.

Parents will often say to me, “He will not listen to me. Any punishment I give him just does not work.” When I suggest consequences such as these in the book, their first response is, “Shame, that seems a bit harsh.” Or, “I have not tried it but I know that will not work.” They often feel they have no leverage.

However, they need you more than you need them. Every child has the right to be loved, clothed, a roof over their heads and an education. Anything else is a privilege. They cannot create this environment without you. They need parents.

Therefore, you have some leverage! They can lose all the wonderful luxuries that do not fall under these categories. They can lose the electricity in their rooms, the door, in fact everything down to a mattress and bedding. They can be taken to school and back and nowhere else. This can all be earned back over time and when respect is demonstrated.

If you constantly feel sorry for your child, you need to remind yourself that this is not about you. This is about what is best for your child’s development and character. Put your feelings aside and do what is best to grow your child. Think long term. That is in fact what you want to encourage in your child as well – not short term gratification. So even if it seems difficult for you to enforce, think of your child and the long-term benefits.

“I thought baby monitors were only used for babies! Mine has become quite useful lately.” Anonymous

Sometimes teens just want to talk. They are not always asking you to fix the problem; they just want to share something that has happened. Be sensitive to their need. Often times they work it out by themselves just by saying it out aloud. Pose questions to help them figure it out for themselves.

Do not take things personally and remind them (and yourself):

I had a home visit with Bradley, one of a twin and his divorced mom. His mom struggled with his rude and obnoxious behavior, which included hitting and biting her. After a hair-raising session, we decided to remove all his privileges. We boxed all his PSP’s, Dvd’s, cd’s, video’s and all sporting equipment. He would also not be taken to any activities, whether it be a prepaid sport or birthday parties. He was told he could earn them back with respectful behavior.

A few months later I returned and he and his brother were very keen to show me what they had ‘earned’ back. Bradley, a totally changed 11 year old, chatted with us like an adult. He wanted to discuss and idea that he had thought of. He brought out 2 pieces of paper and proceeded to separate the different ‘privileges’ (a he called it). Then he explained, “Mommy, on this page is all the things you took away from us like our sporting equipment and Dvd’s etc. I think we should get those back and then you take them away when we do not listen.  On this page is the list of things you do for us, like, taking us to parties, take us to our friends or cooking for us. I think we should earn the right to have these.”

After picking ourselves off the floor, we smiled at him and agreed to the new plan. This was a totally different young man sitting in front of me! I could not believe the change after only a few months of firm boundaries and consistency.

He then turned to me and added, “you know how you told me that when mommy calls me I need to listen the first time? Well, when I call her I have to call ‘Mommy!’ three times before she responds. I do not think that is fair! And, when I try to talk to her about something, and a message comes through on her phone, she just reads is and answers it and that makes me feel like she is not listening. I do not feel like she cares when she does that!” With that he started crying softly. Could this possibly be the cocky, arrogant child I had met a year before?

I had a similar reaction from an 11 year old. My eldest daughter is an Occupational Therapist and was working with an aggressive child with ADHD. Unfortunately the parents were not very committed concerning the change of diet and he was showing signs of aggression. One day she phoned me and told me that this 9-year old had pulled a kitchen knife on her because she would not let him have sweets. She handled the situation calmly but phoned me to ask what I thought she should do as a consequence. Of course, I was horrified and like any other mother, wanted to climb in my car and sort him out!

When I started breathing again, we came up with a plan. The next day she picked him up from school and announced they were going for a little outing.

He was overjoyed thinking it would be to the beach or the aquarium. However, she had prearranged with the police to show him what a jail cell looked like. The sergeant in charge sternly showed him around and let him experience the inside of a cell,explaining to him that this is the place where boys land up when they pull knives on people.

This was a very effective visual aid, which I am sure he will never forget.