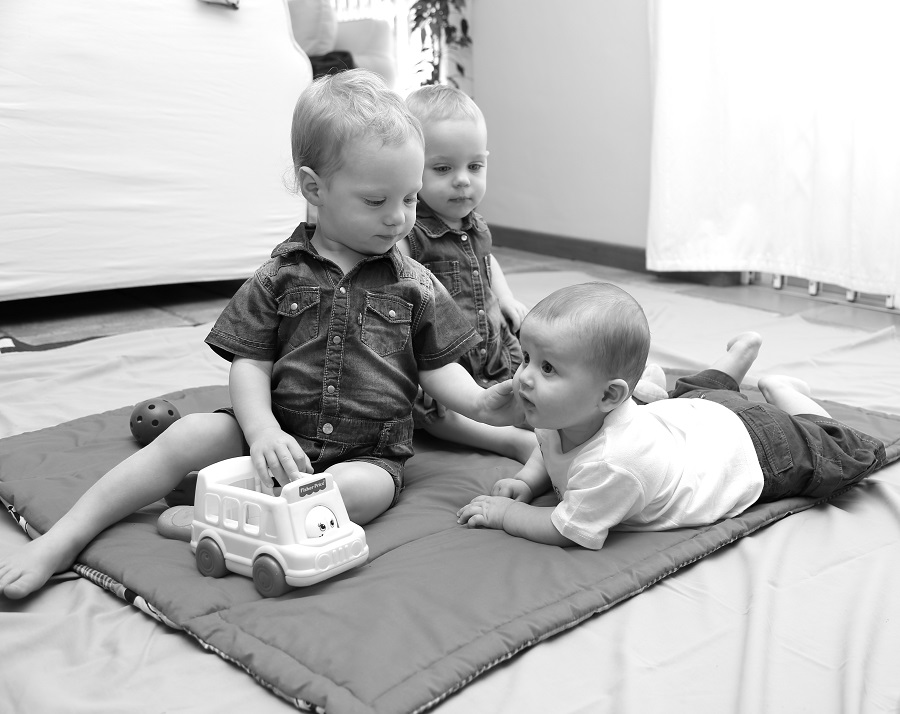 Published On: 29/08/2014By MunchkinsCategories: Permission to Parent

It is said that sibling rivalry is the best form of contraception. – Unknown

It usually takes two to fight. If one picks a fight and the other doesn’t respond, there will be no fight. However, if one starts and the other reacts, we refer to it as a fight.

Ultimately children need to learn to fight their own battles, but they first have to be shown how to do this constructively before they can be left to handle it themselves. Otherwise it becomes survival of the fittest. The extrovert becomes the attacker and the introvert the victim.

I was shopping one day and saw a little scene play out a few metres from where I was. A mom was busy chatting to a friend while a boy and girl of about three or four were standing, waiting not so patiently in the empty trolley. I was concerned that they would fall out, so I kept a watchful eye. They, of course, started getting bored, so – as children do – they made up their own entertainment. The little girl pushed the little boy and he pushed back. This was repeated a few times till they became bored again. The little girl gave a final hard blow to the boy and he landed in a sitting position. Although he didn’t really get hurt, he let out – no, pushed out – a fake cry. The girl could see what was about to happen and quickly offered him her hand and said, ‘Bite me!’ Of course he made use of this opportunity and bit her. She very cleverly let out a loud cry and screamed, ‘Mommy, he bit me!’ while proudly displaying the evidence.

You will not always know what happened behind the scenes – who started, who responded, etc. It is an exercise of futility to try and get to the bottom of everything.

Here are some suggested alternatives:

They will start learning that when mom ‘blows the whistle’, both will have to face consequences, e.g.:

Children appreciate justice more than equality. Something can be just without being fair. Friction between siblings can be a result of:

When you have one that becomes the news presenter, try to not let it work for him. This could also be the friend who comes to play.

When friends come to play the golden rule is: ‘If you can’t be nice to your sibling, the friend goes home. Friends come and go, family is there for life!’
This does not mean that the younger sibling has to stick around all the time. That would cause sibling rivalry! It means that the older one can allocate an amount of time to include the sibling and then respectfully request that the sibling leave after the allotted time. If they refuse, there could be a consequence. If the older one has not been respectful, he could receive a consequence.

The friends also have to treat the siblings with respect. That means no name-calling or being mean. If the older sibling does not address this, then you could step in and say something like, ‘Frank, in this house we don’t speak to each other like that. Can you please apologise to her and then ask her nicely to leave the room?’ Next time, I can assure you, your child will prefer to handle it and not leave it till you appear.